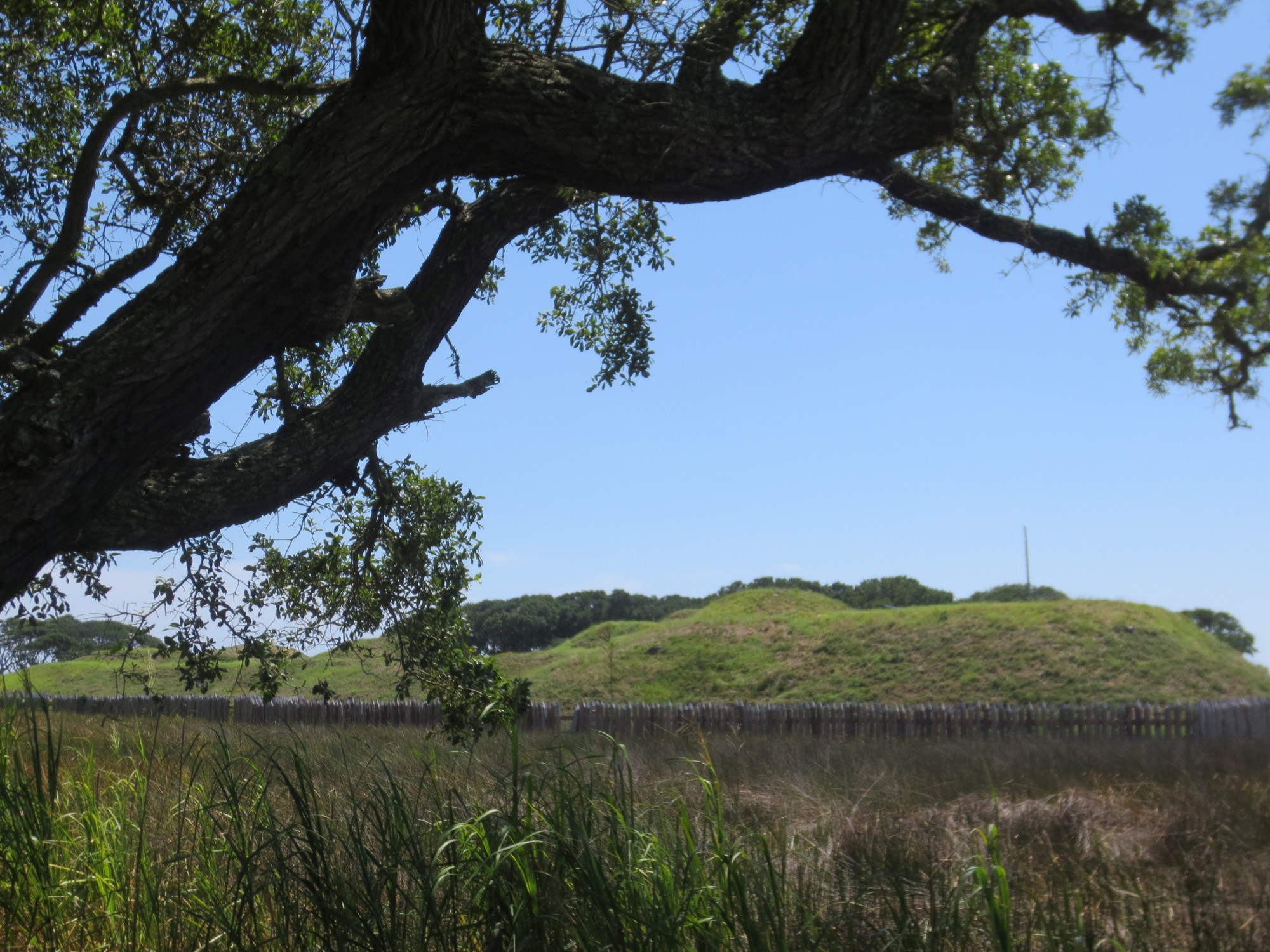 A few days ago, I wandered through the well-preserved halls of Fort Macon in Atlantic Beach. Today, I stood atop the remains of Fort Fisher. The two experiences could not have been more different.

Whereas Fort Macon, a truly beautiful brickwork fort from the pre-Civil War era, has been lovingly restored and feels very much like what the fort must have been like at its peak, Fort Fisher is no more than a collection of earthworks, a few fences, and a hint of the commanding view that led the Confederacy to choose the site in the first place. It is the North Carolina coastal equivalent of Greek or Roman ruins: the silhouette of a ghost of a civilization, glimpsed out of the corner of the eye. 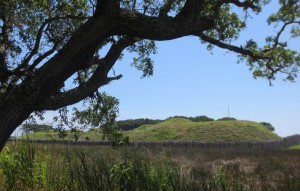 At Fort Macon, the ghosts of the past literally speak to you through recorded audio of actors reading snippets of military texts and personal journals, and, to be honest, on an overcast day, with no one else around, the effect can be compelling. But it is no match for the sound of silence at Fort Fisher. A sun-baked, exposed slab of mosquito-infested land, few tourists stop here, much less linger here, and the solitary experience can be jarring, especially when it comes at the end of a slow, bumper-to-bumper drive through tidy Kure Beach and its plebeian neighbor, Carolina Beach, or after an hour of jostling through crowds at the Fort Fisher chapter of the North Carolina aquarium.

There is a strong sense of loss here, as if after the last soldier left his post over 100 years ago, he closed a gate that no one has dared to open since

I ended the day by finishing Martin Amis’s Zone of Interest, and that turned out to be a fitting coda for a day dominated by phantoms. On its surface, Zone seems like just another elegy for the Holocaust from a writer who has already explored this territory to its fullest in one of the most compelling books in recent memory (Time’s Arrow). But the deeper into the book one gets, the more it reveals itself to be much more.

At its heart, Zone is really about unrequited love — an admittedly unusual theme for a book about the Holocaust, and a real testament to the author’s skill, given his ability to apply the theme so naturally to a topic as challenging as this. But what Amis does even better — and what made me think back to not only the whispers at Fort Fisher and Fort Macon but also at Hatteras Lighthouse and Old Corolla — is find a way to paint the horror of the Holocaust in spare brushstrokes while still revealing the humanity of some of its perpetrators. To borrow a phrase from Atticus Finch, Amis has the ability to make us walk a mile in the most unappealing of shoes, constructing a believable story about which we care as readers, even though it is grounded in a concentration camp setting.

So, too, Fort Fisher, where my initial expectation was that I would end up dismissing it as yet another Civil War site dedicated to the memory of Confederate ideals, but where instead I took away an impression of a place that humanizes the soldiers on both sides and reminds us more of their similarities than of their differences.

A few more pictures from today in no particular order or grouping: 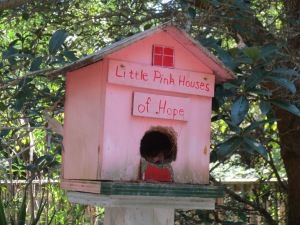 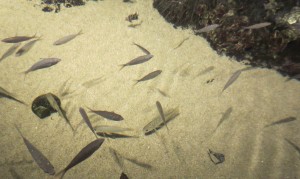 Accommodations: The Sand Dune — oceanfront no-frills motel with the added bonus of a personable, family staff with local roots and local knowledge.
Dinner: Gibby’s — per the recommendation of the Sand Dunes staff, who immediately identified it as the place where locals go.
Drive music: Bruce Springsteen, Nebraska — probably better suited for the long stretch on Highway 12 between Nags Head and Hatteras than for the crowded family beaches of the southern coast.

One thought on “Haunted Episodes”